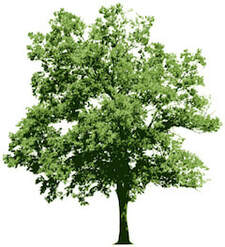 Trees are an essential part of your property. When they are appropriately cared for, they can enhance the appeal of your home and add value to your property. However, when they don’t get enough care, they can be a liability and cause danger in the vicinity. The first steps to having beautiful trees in your yard are finding a tree service company that values your tree and provide it with the proper maintenance it deserves. Finding a reliable company will give you the confidence that your trees will get the right care it needs to thrive. We have listed some of the most important things to consider when looking for the most qualified tree company for your trees.

Check Their Credentials
Just because someone has a chainsaw doesn’t mean he is qualified to perform tree care. Anyone can claim they are good at tree service, but you always have to look at the quality before giving your trust to them. When looking for a tree company, ask about their credentials. Do they have a license? Tree work can be dangerous, and you don’t want to allow someone who is not well-versed in this area to perform it in your property. A professional tree service can do the job properly and will consider your safety as well as your property before doing the job. They should be well-trained and has updated insurance in case something goes wrong while they are in your property.

Do They Belong to a Professional Association
It is essential that the tree company is a member of a professional association such as the International Society of Arboriculture and Tree Care Industry Association. A company that is associated with these tree care authorities have gone the extra mile of working with people who are experts in the area of plant biology and tree maintenance. If they are not a member of any of these associations, ask them the reason why. Being part of a professional association like them means you have to keep up with the latest trends and techniques used in the field. This gives them the edge over their competitors.

Reviews and Testimonials are Important
There are a lot of available reviews and testimonials you can find online. Check what others have to say about the service of a particular company and weigh if you want to hire their service. You can see pictures of their latest projects to help you decide whether they are the best company for the job. Don’t base your decision on reviews alone though because some reviews can be biased.

Quality of Customer Service
Every customer wants to be treated with respect and fairness. Look for a tree company that shows importance to their customer’s satisfaction and provides impressive customer service. Are their staffs helpful? How about the tone of their voice when they talk to you? Do they sound sincere? It is essential to hire a company who is patient in answering your questions, even the silly ones because they know that you only want the best for you trees and property.

Are They Knowledgeable About Local Ordinances
Each town has a unique set of laws and regulations when it comes to tree maintenance and tree removal. It is crucial that the company is up to date in terms of tree ordinances in your city. Ask them what the regulations are in your city, and if they can’t provide you any, or refuse to tell you what they are, it may be time to look for another company.

Quality of Work
The quality of their work is one of the most important considerations when looking for the right company. A company should know the repercussions of poor trimming practices and using spikes in climbing trees. If they don’t know anything about these things, they could put your tree’s health in danger.

Safety
Performing any tree service comes with risks and dangers. Do they have any record where put anyone in jeopardy due to negligence? They should also require their employees to wear protective gears like helmets and glasses. Reputable companies don’t only ensure you and your property’s safety but their employees as well.

Insurance
Ask if they have workers’ compensation to protect yourself from any liability in any case an accident or damage happens while they work in your yard. If they don’t have this and an employee gets harmed, you put yourself in the risk of being legally and financially liable.

Restaurant Update: The New and What’s to Come in Columbia Food Scene

Columbia, MO is not getting any less exciting when it comes to the food scene. Columbia is still on top of its game, and a lot is happening to the local food industry. A few months from now, several restaurants and bars will open and add to the already vibrant culture of food in this town. If you’re a foodie just like everyone else, read our list of what’s new and what’s to come in Columbia.

Now Serving: Bleu Market and Bakery
Bleu Market used to be a fine dining restaurant before it focused on catering services. They are now known as Bleu Events, and they are expanding again. They have recently added breakfast and lunch on their list of offerings. They serve American-style brunch at an affordable price, and their must-try is the eggs Benedict for $6.

You can also enjoy Bleu Market and Bakery’s pastries and desserts such as cupcakes, mini cakes, and homemade pop tarts.

Now Serving: Twain Missouri Taproom
You can quickly feel the Midwestern vibe once you set foot in this wood-paneled café. Most of the wood used for the interior came from Amish communities in Sturgeon. Twain officially opened last January and serves brews crafted in Missouri, as well as cocktails and small plates of cheese and appetizers.

Now Serving: Pressed
Pressed had their grand opening last year in October. This sophisticated rooftop bar highlights bright neon lighting and stylish furniture. Travis Tucker, the man behind Bleu Events, is also responsible for the concept of Pressed. This café features dishes from the previous Bleu Restaurant, such as the Bleu Rosemary Lemonade cocktail. You can also indulge in their small treats like their toasted pretzel chips and edamame hummus.

Now Serving: Addison’s South
Addison’s South opened its second location in the latter part of January. This favorite bar and grill have the same menu as their first location downtown. They serve appetizers, pasta, sandwiches, steak, seafood, and of course, pizza. Although they don’t offer a happy hour yet, their delectable menu selection is enough for you to try their South Columbia addition and their free parking.

Coming Soon: Boss Taco and Las Margaritas
Everyone was excited when it was first reported that the catering service Boss Taco is opening a brick-and-mortar site, and it’s easy to see why. Lindsey Spratt initially announced their opening in November 2018 but didn’t come through. As of writing, there is no definite date as to when Boss Taco will finally operate downtown. We may need to wait a little longer for our tacos and margaritas to come. Make sure to try the new flavors of Columbia while waiting for Boss Taco’s grand opening. 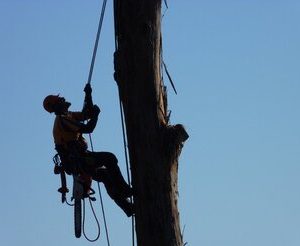 You may have been told that tree removal can be costly, and that is all true. In fact, in some cases, it can cost a lot, depending on the present circumstance of the tree to be removed. What no one may have told you yet, is that there is no exact price for tree removal. If you hire a professional tree service company, they will consider specific variables to determine the cost of the service. When you know how tree companies compute the pricing, you will have a more informed outlook as to what to do with your tree.

First, we must learn the basic services included in standard tree removal. Most companies climb the tree and cut the wood and branches into smaller portions and continue to do so until they only have the trunk to work with. They also handle the limbs and tree-related debris for free. Many companies, however, don’t include the following services in their tree removal package, so make sure to have extra cash if you want to avail of the following:

How Much Will It Cost to Remove My Tree?

Now that we know the cost of the additional services, we should now talk about the price of the actual tree removal. As mentioned above, the amount of tree removal largely depends on certain factors, including its size:

Large tree removal can cost up to $2,500 – No reputable company will remove your tree for a hundred dollars. Don’t let bargain offers fool yourself because they can be a scam. Remember that no amount of money that you can save is worth more than your safety.

Fallen tree removal can cost up to $250- It is less costly to remove a fallen tree than a living one because there are fewer risks involved. Make it clear with the tree removal company if you want the logs and wood hauled away or chipped off.

Tree branch removal can cost up to $500- Sometimes you don’t need the entire tree to be removed, but just a few dead branches in some areas. If it involves power lines, you can call your local utility service to have the entangled branches removed for free. However, if you want branches removed for aesthetic purposes, it is best to contact a tree removal company.

Tree removal may cost you some cash but keep in mind that more than anything else, your safety comes first.